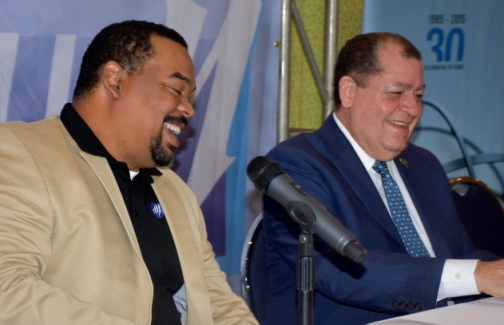 KINGSTON, Jamaica (JIS) – Minister of Finance and the Public Service, Audley Shaw, says Jamaica can have a productive relationship with the incoming Administration in the United States (US).

President-elect of the US, Donald Trump, will be sworn in tomorrow.

Shaw said given Trump’s background as a businessman, Jamaica is likely to enjoy a similar relationship with the US to the one that was established in the 1980s under the administrations of former Prime Minister Edward Seaga and former President of the US, the late Ronald Reagan, through the Caribbean Basin Initiative (CBI)