Furthermore, in the fourth quarter of 2020, the seasonally adjusted GDP decreased by 5.0% in the euro area and by 4.8% in the EU when compared to the same quarter in 2019, after -4.3% in the euro area and -4.2% in the EU in the previous quarter. It was noted, the GDP of the united states went up by 1%, when compared to the previous quarter and when compare to the same quarter in 2029, GDP declined by 2.5%. 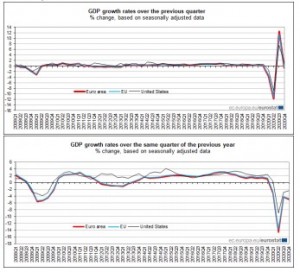