According to the latest report published by Eurostat, the statistical office of the European Union, “Based on the operations and finances of U.S. parent companies and their foreign affiliates, worldwide employment by U.S. multinational enterprises (MNEs) increased 0.4 percent to 42.3 million workers (preliminary) in 2016 from 42.1 million (revised) in 2015.” 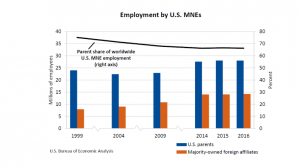 While, worldwide research and development expenditures of U.S. MNEs increased 4.9 percent to $350.3 billion. U.S. parents accounted for expenditures of $296.9 billion and MOFAs for $53.5 billion. 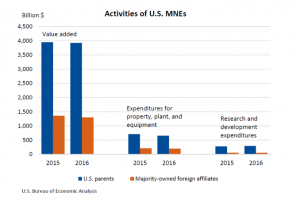