Notably, the Company reported a gain from the sale of property amounting to $182.24 million and reported a total of $74.45 million for debt forgiven for the period under review.

Consequently, the Company reported net profit of $252.48 million, a surge when compared with the loss of $3.13 million reported in 2017. 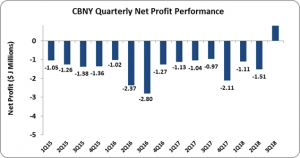