Dolphin Cove (DCOVE) reported Total Revenue of US$13.03 million, an 8% increase when compared to US$12.04 million booked the year prior. Total Revenue for the quarter amounted to US$4.37 million (2016: US$3.93 million). According to the company “In the three-month period of 2017 revenue was up by 11% compared to the three-month period of the prior year and this was assisted by the arrival of cruise ships diverted from other destinations as a result of Hurricane Irma in 2017.The number of visitors to our parks increased by 3% over the prior nine-month period.”

Revenue from Dolphin Attraction contributed US$7.35 million to Total Revenue; this represents a 5% increase when compared to the US$6.99 million reported in 2016.  Revenues from the Ancillary Services totalled US$5.68 million, up by 13% from last year’s US$5.04 million. 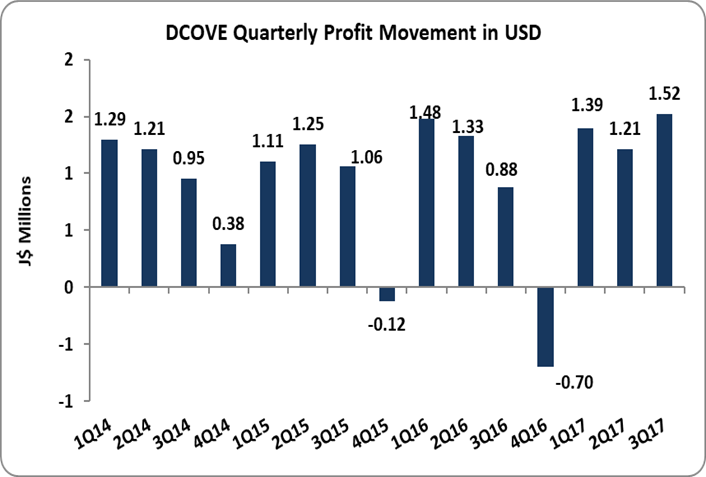