The Jamaican economy experienced a rapid depreciation in the exchange rate during 2020 due to the pandemic’s impact on key sectors. The exchange rate in 2020 closed at JMD $142.65 to USD $1.00, after opening the year at JMD $132.57, resulting in a 7.6% depreciation. Over the past twelve months, the central bank has implemented numerous initiatives to provide liquidity to and ensure the continued smooth functioning of the foreign exchange market. BOJ conducted B-FXITT intervention sales, directly sold FX to major players in the energy sector, reduced the foreign currency cash reserve requirement, introduced FX swap arrangements, and provided US dollar bond repurchase facilities. In 2020, Richard Byles, Governor of The Bank of Jamaica (BOJ), stated, “between March and October, daily purchases of foreign currency by authorised dealers and cambios from end-users averaged US$30.4 million, slightly lower than the average of US$33.4 million recorded last year. Shortfalls in the market have been met by BOJ B-FXITT sales of US$242.3 million since the onset of the crisis in March 2020.” 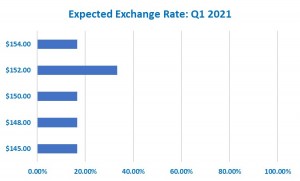 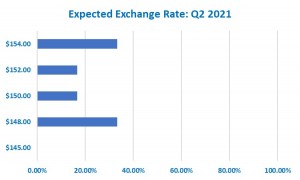 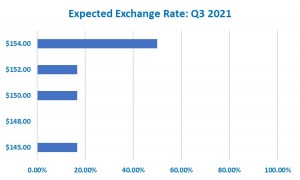 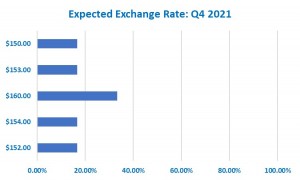