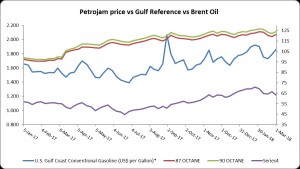 In the United States, propane is used mainly for space heating, as a feedstock for petrochemical plants, and, to a lesser extent, for agricultural applications and transportation. Propane’s use as a heating fuel results in a seasonal pattern in its consumption, peaking in the winter.