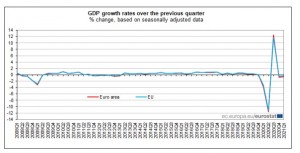 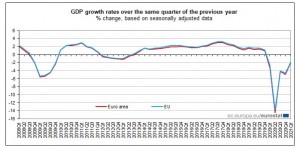 It was observed that, “among the Member States for which data are available for the first quarter 2021, Portugal (-3.3%) recorded the highest decrease compared to the previous quarter, followed by Latvia (-2.6%) and Germany (-1.7%), while Lithuania (+1.8%) and Sweden (+1.1%) recorded the highest increases. The year on year growth rates were negative for all countries except for France (+1.5%) and Lithuania (+1.0%).” as per Eurostat.