Cost of sales amounted to a total of $243.38 million relative to the $208.76 million reported for the same period last year, a 17% year over year increase. 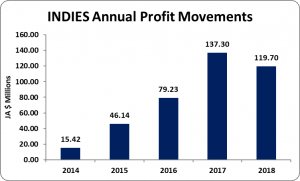