Industrial production down by 0.7% in Euro Area

Additionally, the report mentioned that in May 2018, compared with May 2017, industrial production increased by 2.4% in both the euro area and EU28.

Annual comparison by main industrial grouping and by Member State 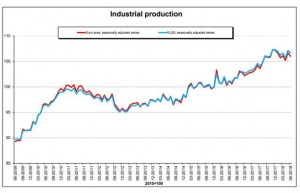