The Bank of Jamaica (BOJ) released its expectations for inflation based on a survey conducted between July 17th and August 04th 2017. July’s survey indicated the expected inflation rate for 2017 is 1.8% for the calendar year, lower than the previous survey outturn (see Figure 1). 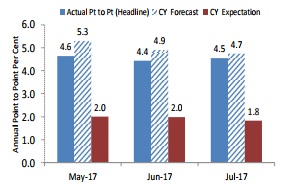 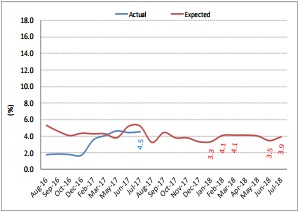 Notably, the expected rate of 1.8% for 2017 was below the point to point inflation rate in July 2017 of 4.5%. The survey also highlighted respondents’ inflation expectation twelve months ahead, which increased to 3.9% from 3.5% recorded in the prior month’s survey (see figure 2).  The Bank indicated this was, “generally in line with the average outturn since the start of 2017.” Additionally, according to the BOJ, “The perception of inflation control worsened slightly in the July 2017 survey relative to the previous survey.” 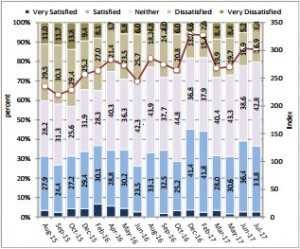