The Bank of Jamaica (BOJ) released its expectations for inflation based on a survey conducted between June 5th and July 14th 2017 and had 304 respondents. June’s survey indicated the expected inflation rate for 2017 is 2% in line with expectations recorded in the previous survey. Expectations dipped from the 2.3% expected subsequent to March’s survey (see graph below). Over the past three surveys, a decreasing trend was observed for the calendar year forecast and calendar expectation. 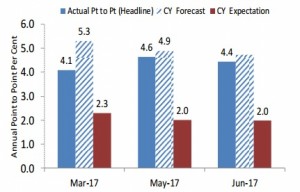 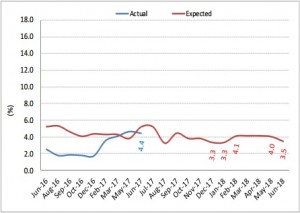 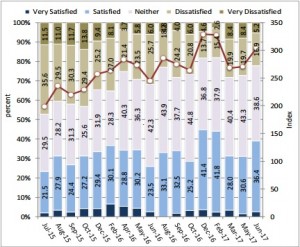