The company reported $102.36 million for commission on premium written relative to $74.22 million for the comparable period of 2016, this represents a 38% increase year over year. Commission on reinsurance ceded totalled $71.28 million relative to $61.68 million in 2016. The company indicated that, “an integral part of the company’s risk management strategy is to cede a certain percentage of insurance liabilities to reinsurers.”

Claims expense totalled $207.35 million, down 64% from the $575.47 million recorded in 2016. Key indicated, “in reviewing the adequacy of reserves as of September 2016, some of the amounts booked in prior periods were found to be no longer needed and resulted in a positive outcome.”

Administration and other expenses increase for the period by 17% to $328.89 million (2016: $280.88 million). The company noted that, “cost containment is a pivotal element of this initiative. In this regard, the decision was taken to reorganize the management structure as a result, the positions of two senior managers and another six-staff member were realigned to maximize efficiency. The resulting one-off cost of $36 million were included in administrative expenses for the quarter.” 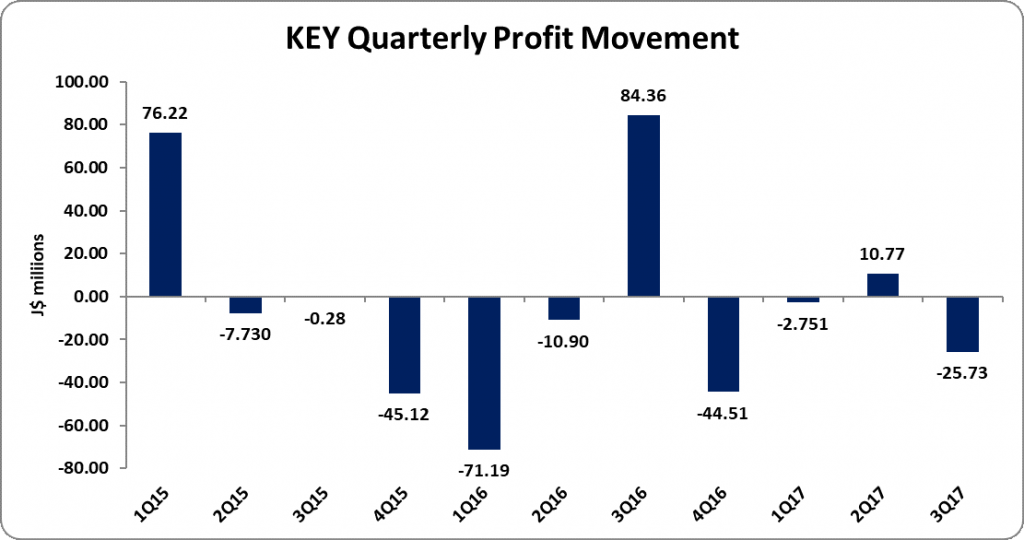