LASF recorded trading income of $681.28 million; this represented a growth of 35% when compared to $506.21 million posted in 2016, while trading income for the quarter amounted to $378.6 million (2016: $268.73 million). Other income amounted to $33.93 million, an increase of 28% (2016: $26.52 million), this resulted in overall income of $715.22 million, a growth of 34% compared to $532.73 million for the corresponding period in 2016. Overall revenue growth for the quarter was $396.0 million (2016: $272.08 million). The company stated that “The second quarter revenues normally benefit from increased summer transactions, but this year, in particular, the investments in expansion which were put in place from the previous year began yielding the intended results. Additionally, there are new revenue streams in place this year which were not in place in the previous year, namely, our Montego Bay full-service branch and new additions to our agent network.”

Despite the increase in total expenses, profit from operations grew by 68% to total $208.8 million, relative to the $124.443 million recorded last year. 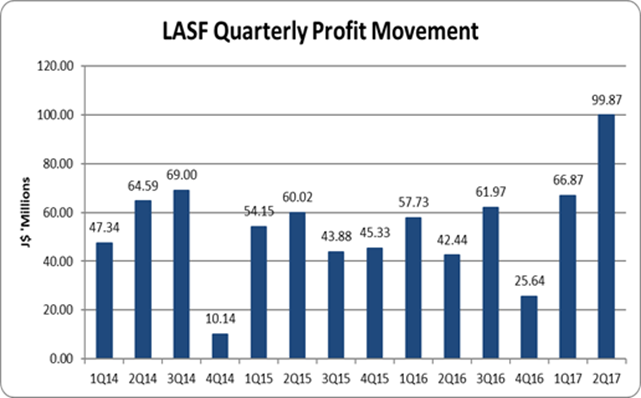