Revenue amounted to US$6.53 million, 5% less than the US$6.86 million recorded for the prior financial year.

Cost of sales amounted to US$2.03 million relative to US$2.81 million recorded the previous year. 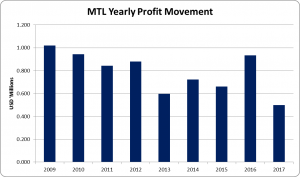