Securities amounted to US$300.31 million; US$11.13 million less than the US$311.44 million reported in September 2017. Foreign Liabilities for November 2017 amounted to US$569.38 million. Liabilities to the IMF accounted for 100% of total foreign liabilities totaling posting a US$4.90 million decline month over month from October 2017. 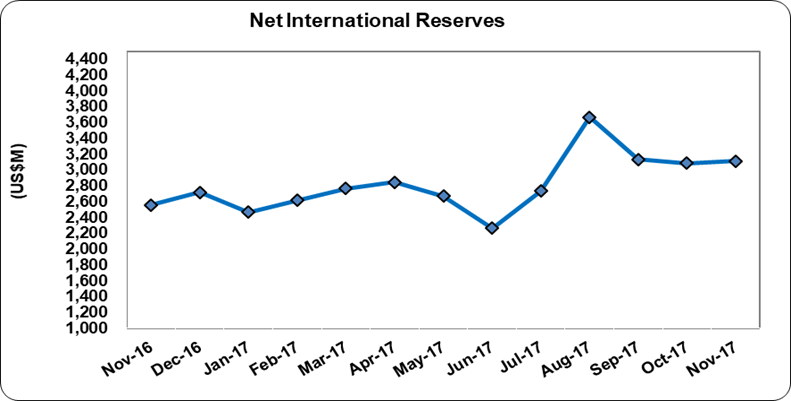 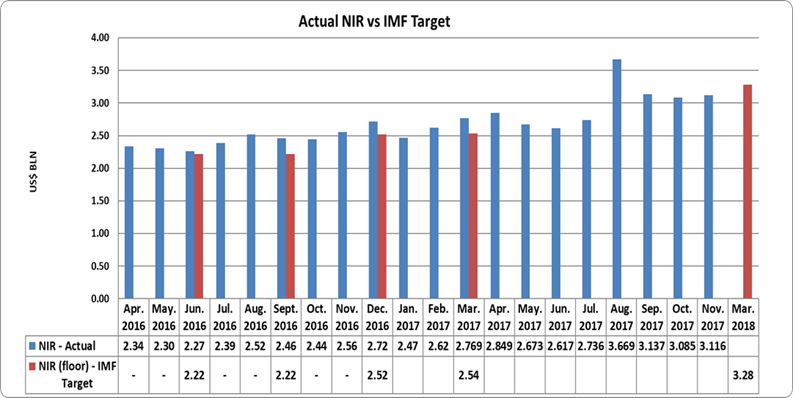 The country surpassed the benchmark of US$2.54 billion outlined by the International Monetary Fund in the 14th Review and Adjusted Agreement under the Extended Fund Facility (EFF). Jamaica and the IMF have entered into a New Agreement to support growth and create jobs with the international body citing, “Jamaica has made good progress under the previous IMF – support program.” As such the entity has approved a new US$1.64 billion loan for the country. According to the IMF the loan is, “despite the toll of weather swings on growth, Jamaica’s unemployment rate is at 8-year low, with record high employment levels. Inflation is modest, and expectations are anchored in the medium-term target range of 4-6 percent. Non-borrowed net international reserves remain above the program target, supported by robust tourism inflows and a moderate current account deficit.” As such the Net International Reserve (NIR) target outlined as per the new agreement for the 2017/18 fiscal year is US$3.02 billion (see figure 2 above).