Notably, the company booked an operating income of $6.88 million, versus $6.14 million recorded for the prior year.

Total comprehensive loss for the year amounted to $102.89 million compared to an income of $67.49 million for the corresponding period in 2019.

Consequently, Net loss attributable to shareholders for the year amounted to $99.84 million, versus an attributable profit of $82.43 million documented for 2019. 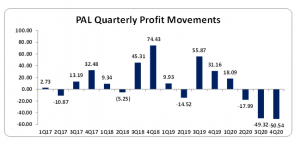