The Credit Supply Index (CSI) contracted to 101.4 for the September 2018 quarter 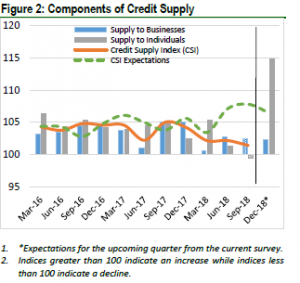 Additionally, the allocation of credit between businesses and personal loans remained grossly unchanged when compared to the previous quarter, with businesses accounting for the majority. With respect to businesses credit distribution, credit to medium sized businesses continued to account for the “lion’s” share of lenders business portfolio, with the proportion being a little more than that which was obtained in the prior quarter. 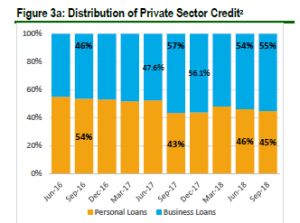 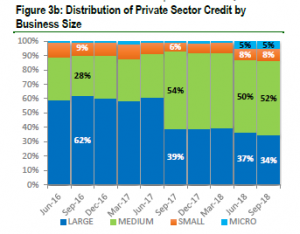