The U.S. Census Bureau and the U.S. Bureau of Economic Analysis, through the Department of Commerce, advised that the goods and services deficit for October 2017 was $48.7 billion compared  to $44.9 billion, up $3.8 billion. Exports for October were $0.1 billion from September to $195.9 billion, while imports were valued at $244.6 billion, up $3.8 billion  compared to September 2017. 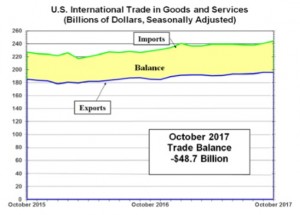 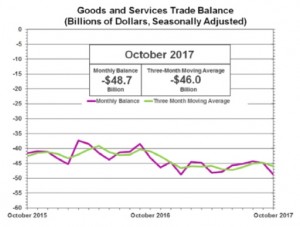