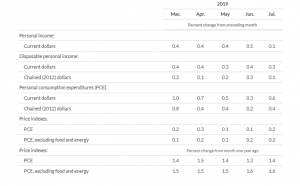 The growth in personal income in July were primarily attributable  to increases in compensation of employees and government social benefits to persons that were partially tempered by a decline in personal interest income.