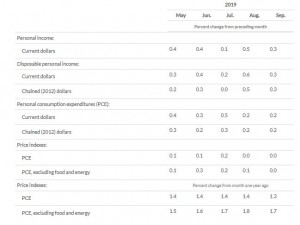 The growth in personal income in September was primarily attributable to increases in personal interest income, farm proprietors’ income, and government social benefits to persons.