The U.S Census Bureau announced that, at the end of August 2020 U.S. retail and food services increased by 0.6% to $537.5 billion from $534.6 billion recorded in July 2020, based on advanced estimates adjusted for seasonal variation and holiday and trading-day differences, but not for price changes. Notably, the estimate was also 2.6% greater than August 2019’s estimated retail and food services. 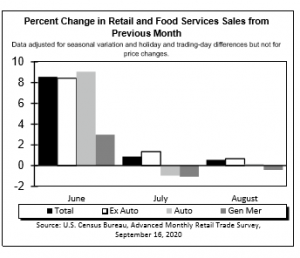 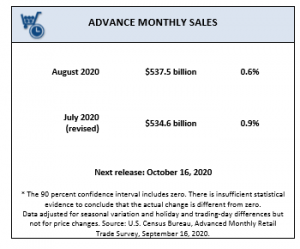