Income for the year amounted to $573.54 million (2016: $255.1 million) while Other Operating Income increased to $27.85 million (2016: $40.05 million). As a result, Total Revenues increased to $601.39 million (2016: $295.15 million). Total Revenues for the quarter totalled $177.11 million relative to $95.12 million in 2016. Commenting on its results, the Company stated “having completed the re-construction of the iconic Irvine Hall, the Group achieved its major developmental objective for the financial year. Now with bed capacity of 1800 or doubling of rooms, the Group recorded a 104% increase in revenues reflecting real demand for its products.” 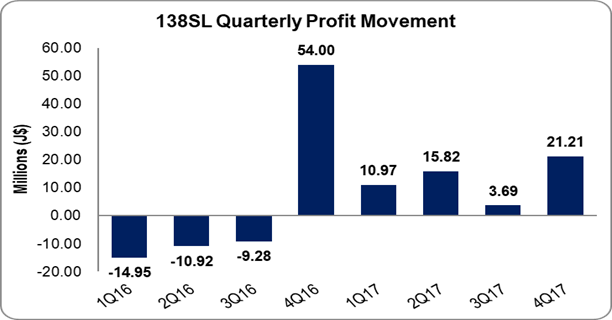