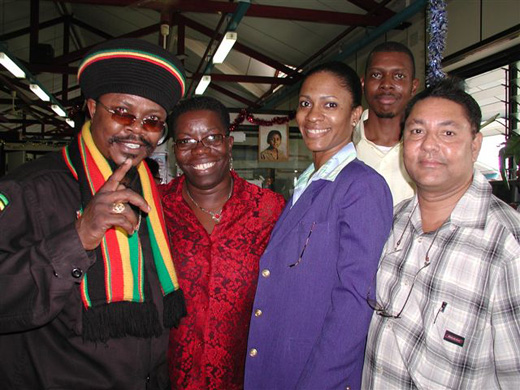 For the past 5 years Mayberry Investments Limited has assisted with the Christmas Treat at the Bustamante Children’s Hospital Ward 5, put on by Mr. & Mrs. Errol Maragh and friends, in memory of their son who died there in 1998. This year at the treat, held on 13 December, 2006, Mayberry Investments’ Staff members participated in the activities handing out goodie bags filled with munchies, toys, clothes. Carolling, the telling of the Christmas story and a prayer blessed the event, moving us into the feast part of the day. A meal was laid out of curry goat, BBQ chicken, rice & peas, cake and gizzada. The festivities was filled with the song of Luciano who came, gave of his time and put on a show for the children in the ward.