Consequently, profit from operation amounted to $10.26 million in contrast to the $171.76 million for the same period last year, representing a 94% decrease. 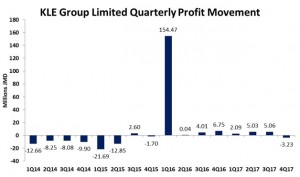