Mayberry Jamaica Equities, a subsidiary of Mayberry Investments Limited, continues to rack up huge profits. Stocks in the company’s portfolio that recorded double-digit price increases year over year were: Caribbean Cement Company by 97 per cent, Supreme Ventures Limited by 48 per cent, Jamaica Broilers Group by 41 per cent, and Jamaica Money Market Brokers Group by 39 per cent. 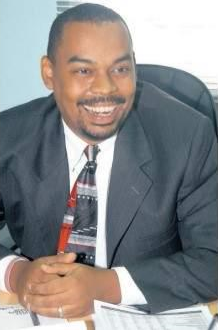 For the year ended December 31, 2019, total comprehensive income amounted to US$33.6 million compared to US$28.5 million for the corresponding period of 2018 — an increase of US$5 million or 18 per cent. This was due to higher revaluation gains, the result of positive price movements for stocks held in the equity portfolio.
Gary Peart, CEO of parent company Mayberry Investments Ltd, disclosed that it was a great year for the company, citing good management and diversification as the key factors that aided in its success.

Net book value per share moved to US$0.11, a 22 per cent increase over the corresponding period in 2018. This represents a balance of US$144 million as at December 31, 2019 compared to a value of US$110 million at the end of December 2018, while Mayberry Jamaican Equities’ capital base showed significant growth. This was attributable to higher investment revaluation reserves, with retained earnings moving from US$31 million to US$41 million, year over year. Fair value reserves of US$69 million moved up from US$47 million when compared to December 2018.
“We were able to create marginal growth of 0.2 per cent in dividend income of US$2.8 million. The most solid contributor to the portfolio’s dividend revenue line was Supreme Ventures Limited with dividends of US$2.35 million. As such, on May 3 a dividend of US$590,000 was paid following the board’s approval of an ordinary dividend payment of US $0.065 per share,” Peart further added.
“Mayberry Jamaican Equities Limited takes this opportunity to thank all our shareholders and board of directors for their continued support,” he ended.