Construction Production Up By 0.3% in the Euro Area 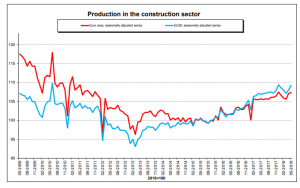