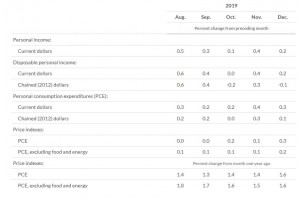 The growth in personal income in December was primarily attributed to increases in compensation of employees and personal interest income that were partially offset by a decrease in farm proprietors’ income.