With Regards to the company’s Real Estate the company stated that “We completed sales of eight (8) residential units in the current Quarter compared to none in the comparative period of the prior year. This brings the total number of units sold and delivered in the Orchid Estate project to thirty seven (37). We currently have another twenty five (25) units in the scheme under sales contracts. We expect that construction will be completed around the close of the third quarter.” 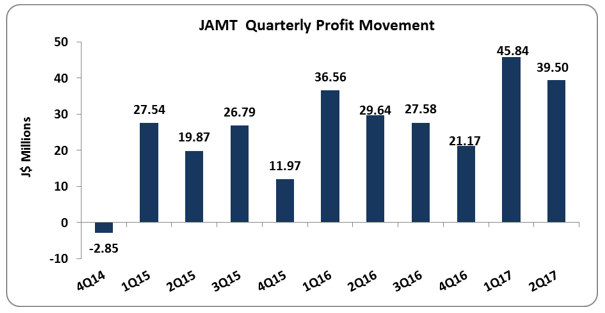